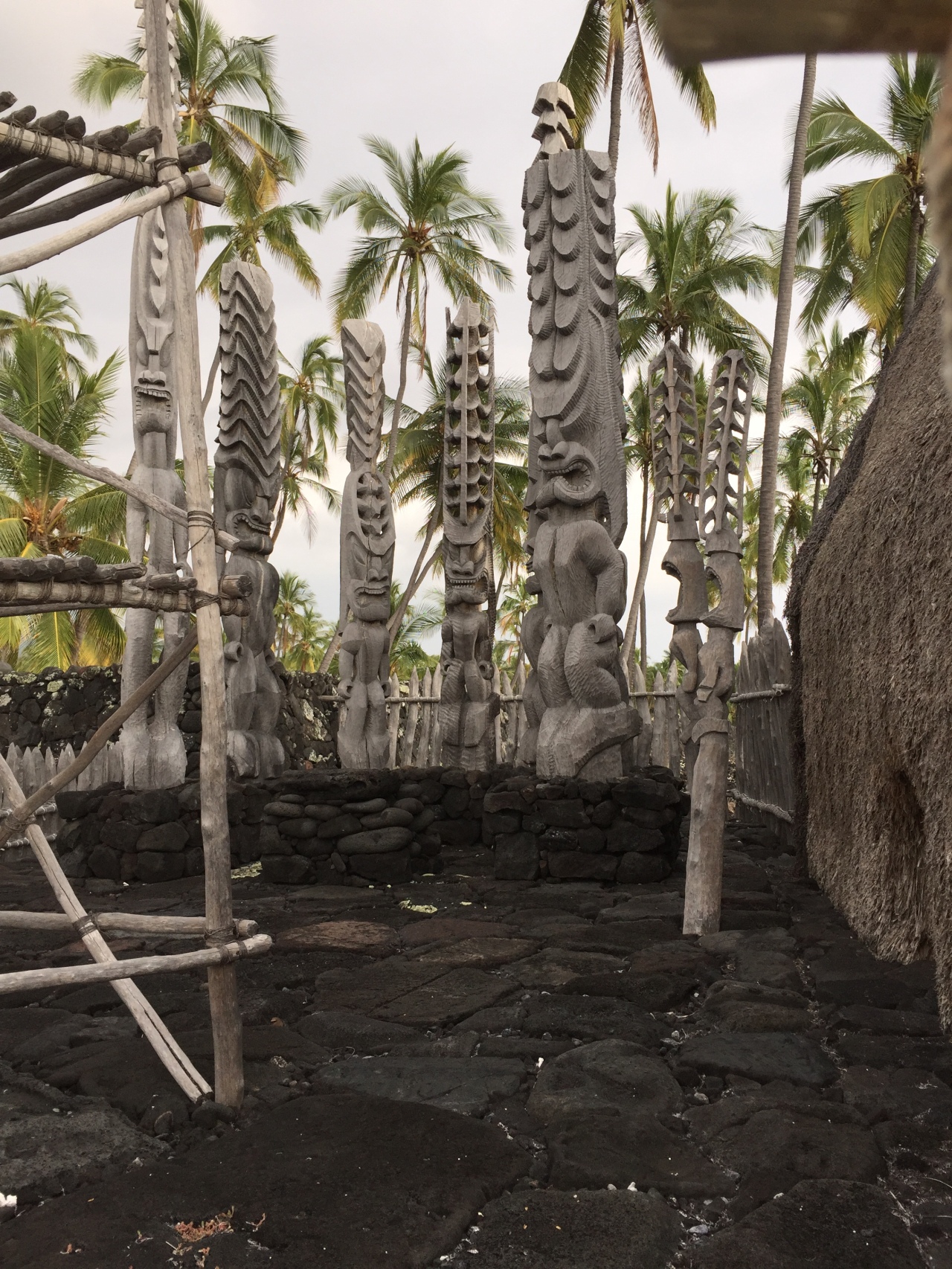 To everyone reading this. If you visit the Big Island, you MUST do a snorkel adventure with manta rays. We did it last night. It was the second time for Mary Fran and I, first for the rest of the family. We took the tour with Bite Me Dive Tours, captains Lena and Rory, first mate Will. The Skipper and Gilligan they weren’t, but they did a great job and were fun and informative. We left Kona harbor at 6:00, 3 crew and 18 passengers aboard the fishing boat. A half hour later we arrived at Eel Garden Cove at the westernmost point of the Big Island. We donned wet suit tops, masks, and snorkels, got some last minute instructions from the boat crew and then went into the water. It was a few minutes before sunset.

The basic idea of the manta ray snorkel is that the mantas feed on plankton. Plankton is attracted to light. So, the crew put surfboards into the water with bright lights affixed to them. the surfboards had PVC pipe rails on which we all hung, nine or ten to a board. We had two boards for our boat an two for the company’s sister boat. There were three or four other dive boats at the same spot, so ten or twelve boards were in the water. All circled up to maximize the light shining into the water. We floated for awhile with heads down in the water seeing no mantas. Then a lone manta appeared near the bottom. Shortly after, another appeared. Not until we’d been in the water 20 to 25 minutes did the show really begin. Huge mantas, 15 foot wingspans and more, flew up to the lights, doing barrel rolls, and hoovering up plankton. Their gaping mouths seemed large enough to swallow a person as they aimed for the light. They came so close you could touch then, although nobody did. One ray did strike my son with his harmless tail. The show lasted about five or ten minutes and then we returned to the boat for the return. They are beautiful, graceful creatures and their performance will fill you with awe.

Today we visited a snorkel spot near Pu’uhonua o Honaunau (Place of refuge, Honaunau.) The snorkel spot is called Two Step because there are two lava steps into the water. Once in the water, you find coral formation after coral formation, each teeming with tangs, parrot fish, trigger fish, and a whole bunch I can’t name. A pod of dolphins makes the cove home. My son, who chanced upon them while swimming above, said there were ten, including two babies. I saw at least four surface several times.

We followed that with a tour of Pu’uhonua. a national park. Pu’uohonua was a place where people who were ill could seek healing from the gods, where people running from chiefs or kings could seek refuge and forgiveness for crimes, and where warriors would go to recover after battle. The place is filled with ancient heiau’s (sacred sights), stone platforms, and walls, plus replicas of buildings and carvings.

The cover image of this blog was taken at Pu’uohonua o Honaunau.

On the way back we stopped at a fresh seafood stand beside the road and picked up some mahi mahi fillets to grill tonight and some lau lau to celebrate the last night in Hawai’i of the kids and grandkids, who leave tomorrow.