I am stepping away from revising this week because I am working on formatting a story for sale on Kindle. The story is Red Christmas. It is a republication of a story that was published in The Shamus Sampler II, edited by Jochem Vandersteen. The original story was titled, IFHC. I changed the title because IFHC was too obscure and because I decided to tone down some, though not all, of the language in the story. (The ‘F’ stands for ‘F*ck’.)

The major change to the story is the addition of a cover. The version in The Shamus Sampler II did not have a cover of its own because it was part of an anthology. I already had a cover for The Rules and I decided to keep that cover but change the color. By simply changing the color, I can let readers know that this story is part of a series. If they are searching for this story, they will see other stories in the series.

This approach to using covers to build a brand and promote a series comes from James Scott Bell in his books, How To Write Short Stories And Use Them to Further Your Writing Career and Marketing For Writers Who Hate Marketing. Both are available on Kindle, by the way, and are books every fiction writier/marketer ought to have in their library. Changing the color is only one way to promote the series. The basic idea is that each cover in the series has a commonality that readers will easily recognize. 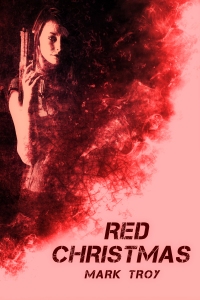 I was very pleased with the cover for The Rules, which I purchased from Rocking Book Covers. Adrijus Guscia, the artist, creates wonderful covers that evoke strong emotions. I contacted him and he agreed to change the title and the color for a minimal fee. I went ahead and bought two more covers from him for stories that are in the works. Eventually, this series will have four stories, maybe more. The Red Christmas cover is here. The story should be ready for Kindle today and available for purchase shortly thereafter. The tag line for Red Christmas:

Christmas in Waikiki. A private eye, a bride, and two bad Santas enter a gangster’s bar. The result is a Red Christmas.